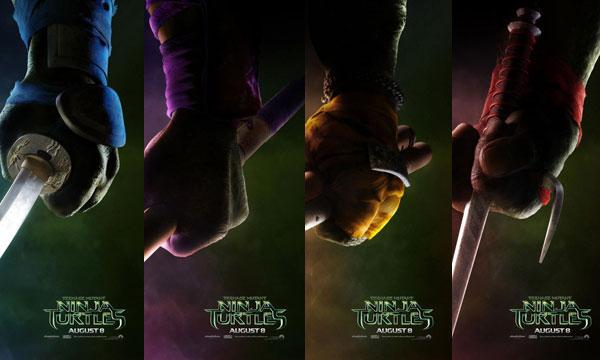 Ok let’s just get this out of the way; Michael Bay is not at fault here. Mr. Bay, the notorious director who has been blamed for tainting another childhood cartoon franchise on the big screen, received some more angry words from shell-shocked fans when he was announced as the producer of the first live action “Teenage Mutant Ninja Turtles” movie in 21 years. The “Turtles” in question, which started as a comic book and a TV series in the 1980s, then a movie franchise in the 1992, have gained a new generation of fans thanks to a Nickelodeon TV series. Now, Nickelodeon Movies have backed a feature film complete with (brief) action, (nonthreatening) danger, and…turtle sex jokes.

Yes, the 2014 “Turtles” movie is as immature and underdeveloped as one would imagine. Taking place in New York City, “driven” reporter April O’Neil (Megan Fox) is tired of doing fluff pieces and wants to cover real stories. When she starts investigating the actions of a terrorist group called The Foot Clan, she also meets the mean green ninjutsu vigilantes who fight The Foot. Soon, she discovers her previous history with Leonardo, Michelangelo, Donatello, Raphael, and their master rat Splinter. She also learns that corporate big shot Eric Sacks (William Fichtner), who also has a history with April, is in cahoots with The Foot and their leader, Shredder. Shredder and Sacks have an evil plan to poison New York City and put a hefty price tag on the cure, so it’s up to April, her cameraman Vernon Fenwick (Will Arnett), and the Turtles to kick shell and take names.

Now whether it’s because she was pregnant during the movie or she knew this film was not as artistically on par as her previous work, Megan Fox is awful in this movie. She’s not annoying, just phoning it in so obviously that the word “vigilante” is beaten into blandness every time she says it. Her character says she wants to be like “all the great journalists” without a single name of a great journalist mentioned (maybe she thinks “Access Hollywood” is missing some Pulitzers), so she clearly did her research. Even when she speaks above a bland octave, it’s hilarious how it doesn’t do anything. William Fichtner is, as always, bland and creepy like an unfunny Christopher Walken, so he’s useless. Will Arnett, however, is anything but useless as the comic relief (meaning the only thing funny in the movie). It’s impossible not to commend Arnett for really trying in such a limp feature.

Now when it comes to the title characters, you pretty much get what you’d expect. The motion capture technology used to bring the Turtles to life is moderately impressive and not as creepy up close as the Internet keeps emphasizing (Splinter actually looks creepier than the Turtles). In fact, the special effects-laden action here is moderately impressive, if only it was edited like a visible film and not by a spastic man on a sugar rush. The action here is brief and in short supply, obviously to make room for the obligatory pizza puns, product placement, a god awful rap theme song, “cowabunga!” and “heroes in a half shell” quips (spoiler alert, no mention of turtle power anywhere). Besides all that, there’s nerdy Donatello, stern leader Leo, lone wolf Raph, and annoying “duuuuuude” Mikey in cardboard cut out action movie stereotypes.

If anything good can be taken away from this, it’s that it is mercifully short. Only 101 minutes long and easily forgettable, “Teenage Mutant Ninja Turtles” is Nickelodeon using two famous names (Michael Bay and Megan Fox) to cash in on their latest cartoon kid fest (which is odd considering the film’s PG-13 rating). If you’re a fan of the “Ninja Turtles,” stay away from this movie. If you have kids who like the current cartoon, show them the original movie from 90s, not this movie. If you’re looking for a big, stupid action to give your brain a rest, this isn’t even worthy of that distinction. It’s nothing more than a waste of time, like a shortened, less good looking version of “Transformers: Age of Extinction.”

Final Verdict: 1 out of 4 stars 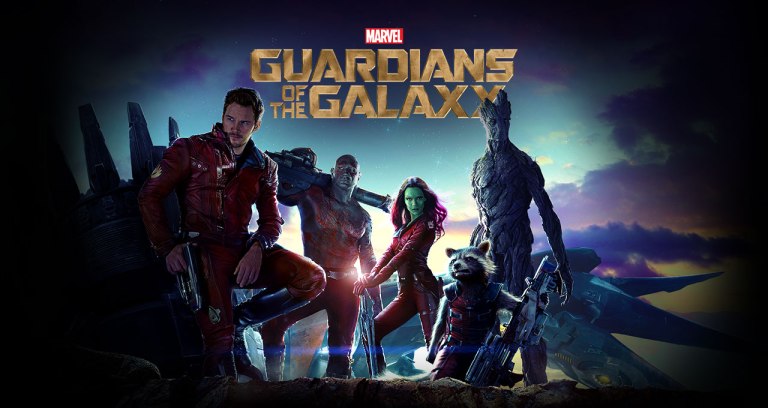 If you’ve ever wondered how Marvel Studios have been making ungodly amounts of money at the multiplex, it’s primarily because they like to roll the dice. It goes all the way back to the casting of “Iron Man” when, out of all the A-list talent in the world, the studio chose the guy with multiple arrests and a cocaine problem from “Ally McBeal.” The result was one of the biggest movie franchises of today and the emergence of one of today’s most beloved Hollywood stars. Next, Marvel decided to take another leap of faith by providing the first on-screen team up of their established franchises. The result was one of the biggest movies of all time and one of the best comic book and summer blockbusters of all time, thanks to Marvel choosing one of nerd culture’s most beloved figures to helm the project. Now, Marvel is rolling the dice again with the origins of intergalactic heroes including, but not limited to, a giant tree and a talking raccoon.

Yes it still sounds ridiculous, but Marvel’s latest comic-to-film venture may be its best to date. “Guardians of the Galaxy” is hilarious, exciting, cool, and entertaining without end (until the movie ends, at least). The “Guardians” in question start with abducted earthling turned scavenger Peter Quill, AKA Starlord (Chris Pratt). He stumbles upon a mystical orb that gets him arrested and sent to jail, along with green-skinned assassin Gamora (Zoe Saldana), family man turned savage Drax (Dave Bautista), bounty hunter Rocket Raccoon (Bradley Cooper, heard not seen) and his bodyguard/tree Groot (Vin Diesel, also heard not seen). It turns out the orb is being hunted by galactic warlord Ronan (Lee Pace) and his assassin companion Nebula (Karen Gillan), not to mention Quinn’s boss Yondu (Michael Rooker), Gamora’s associate The Collector (Benicio Del Toro) and government official Nova Prime (Glenn Close). The outlaws decide to team up and get the orb into the right hands before the galaxy goes up in smoke.

Major credit should be given to writer/director James Gunn for bringing the fun back into Marvel movies. Not that the recent Marvel films haven’t had some puns or in-jokes here and there, but “Guardians” is the first Marvel film in a while not to have a dark undertone. After years making B-movie tributes, Gunn finally gets the freedom (and the budget) to make thrilling fights on foot and in spaceships, along with creating some memorable characters.

If audiences are looking for evidence of Chris Pratt’s talent, his performance here is a damn good example. His “funny fat guy” persona from TV’s “Parks and Recreation” has morphed into a buff, sly, loveable action hero as Starlord. Pratt’s goofy and cool at the same time by never losing confidence even when his character is mismatched against galactic goons. Fortunately, he has Saldana in full badass mode as Gamora. Saldana has had a couple of roles as the tough female in an action movie (“The Losers,” “Colombiana,” and “Avatar”), and she hits all the right notes (and the right bad guys) here. Cooper sounds like he’s having a ball as the trigger happy Rocket, and Diesel makes just 3 words of dialogue count in the scenes he needs to speak. Even former WWE star Bautista manages to provide depth to Drax and make him as treasured as the rest of the group, which is impressive considering the depth he had at his old job. The cast of “Guardians” is a mixer of grade-A talent, from the awesome southern danger of Michael Rooker, the flamboyant Benicio Del Toro, the villainous Lee Pace, and even John C. Reilly helps out.

As far as space-set science-fiction movies, this doesn’t have a lot in common with the likes of “Star Wars” or “Star Trek.” From the cinematography and design of the sets, “Guardians of the Galaxy” looks like if “Prometheus”-era Ridley Scott directed an episode of “Firefly.” What makes it so original and so refreshing this summer is how fun and exciting it is. The biggest Hollywood hits of the summer have been dark sequels or limp franchise entrees. “Guardians” is here for enjoyment and not as an ad for the next Marvel movie. There’s seems to be more heart and humor than in “The Avengers,” as it’s jokes and action are for the casual audience and not just those familiar to the comics. It stands alone as an awesome, wild spectacle, proving again that Marvel knows when to bet big.

Final Verdict: 4 out of 4 stars